Recap of the CEO Talks panel - The Buzz on Immuno-Oncology

Ninety local leaders, professionals, and scientists from the biotech community were eagerly gathered at Montgomery College for the series premier of CEO Talks, hosted by BioBuzz. Participants had the opportunity to listen to an all-star panel of three Chief Executive Officers discuss their business’ place in the Immuno-Oncology field and share the lessons learned while growing their companies. The panelist’s diverse approach to I-O only strengthened the in depth discussion, which also included an interactive Q&A and was followed by networking & refreshments.

Entering an event filled to the brim with successful professionals is enough to make anybody slightly apprehensive, but the conversational-styled format created the unique opportunity to have the topic of Immuno-Oncology become approachable. Throughout their dialogue, spectators’ attention was raptly focused, unwilling to miss the personalized experience unfold.

The CEO Talks’ panel consisted of three successful businessmen, each at vastly different stages with their companies. Moderated by Charles Andres, Ph.D., R.A.C., of @WilsonSonsini, panelists covered everything from their multi-faceted backgrounds, to the ‘Founding stories’ of their companies and its technologies, to insightful tips on receiving funding, to the sheer gumption it takes to become a successful entrepreneur in the Immuno-Oncology field.

Through the study of LAMP-based nucleic acid immunotherapy platforms, the mission of Immunomic Therapeutics, Inc. (ITI) is to transform lives by creating allergen vaccines. Ten years ago, bio-entrepreneur Dr. Bill Hearl was able to begin funding ITI’s research by conveying his vision with multiple Angel Investors. In 2015, the biotechnology company hit two license deals with Astellas Pharma Inc. for the treatment of allergies. One of the deals brought ITI an immaculate upfront payment of $300,000,000, effectively making ITI one of the leading companies in nucleic acid research. They are a leading crowd favorite too, having recently been voted a 2018 Buzz of BIO winner; a contest hosted by Biotechnology Innovation Organization (BIO) that recognizes the most innovative companies at the BIO CEO & Investor Conference™ each year.

Former Silicon Valley tech executive, Jeff Galvin, collectively has 30 years of experience as an entrepreneur, company founder, and Chief Executive Officer, for multiple startups. Jeff Galvin founded American Gene Technologies (AGT) ten years ago after meeting the late NIH Scientist and pioneer of modern medicine, Roscoe Brady, M.D. It was Dr Brady who opened his mind to the potential of viral vector technology which he saw as the bits and bites of the body’s human computer that we could program to cure disease. AGT currently has three lead candidates in its pipeline targeted towards HIV/AIDS, Phenylketonuria, and Hepatocellular carcinoma; and received a patent approval this past December for methods of treating cancer with AGT’s proprietary viral vector technology.

Dr. Paul C. Tumeh is the CEO of BioGraph 55, Inc., a two-year-old immune-oncology drug development company. BioGraph 55 targets underlying cellular interactomes that give rise to suppressive functional programs in tumors, including a lead program that targets a previously unrecognized resistance mechanism to checkpoint inhibitors. Prior to being a co-founder, Dr. Paul C. Tumeh was serving patients with advanced melanoma as an Assistant Professor at UCLA Medical Center and had built an impressive scholarly resume including a Howard Hughes Medical Fellowship and multiple publications.  Dr Tumeh’s technology and approach to I-O was also recognized by the panel to be pushing up against the next frontier in their field.

While Dr Hearl, Jeff, and Dr Tumeh, have different approaches as bio-entrepreneurs, each of these businessmen align on a core value: Success comes from a steadfast belief in a company’s vision.

The panelists gave examples of specific situations where enthusiasm for their company’s mission led to receiving funding from a spread of investors. Regardless of holding the title of CEO, Clinician, and Scientist, Paul told the room that he has always maintained the mindset of being a salesman. A CEO is constantly selling the purpose of their company to others (internally and externally) and by doing so, they are persuading investors to buy into the idea that their company will change the world. Essentially, if a CEO does not believe in their vision, they wouldn’t be able to effectively “sell” their company.

Funding became a hot topic of both the discussion and Q&A, in particular, the recommendation for companies to have multiple Angel Investors rather than choosing the funding route of using Venture Capitalists (VCs). The panelists cautioned that the type of investors brought in to a company would have a significant impact on the future of the business. Other topics covered during the discussion were overcoming the innate fear of failure, creating an open community within a workspace, and bridging the gap between the medical community and its patients.

The post-discussion networking session was filled with a palpable enthusiasm that was bound to occur when nearly 100 like-minded people got to talking about their passions. Guests exchanged business cards and ideas with each other while enjoying refreshments catered by Cava. The Mediterranean restaurant provided a spread of vegetarian-friendly options as well as grilled chicken pita-wraps.

Leaving the event with an enriched level of knowledge, it was clear that this first of its serieswas a success in not only celebrating the achievements of leading executives in the Immuno-Oncology field, but also a success in proving the important impact leaders can have when they engage with the community.

Don’t miss out on the next #CEOTalks and other news/events by signing-up for BioBuzz’s newsletter & events announcements.

Sign up above for a link to the full recording of the CEO Talks panel, and access to all future recordings.

CEO Talks is proudly sponsored by: 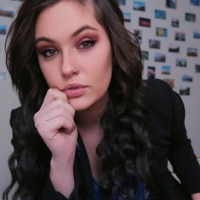