Among the giant Federal Government defense contractors that line the DC beltway there is a small business unit within CSRA that resides out in Frederick, MD. As the sole life science business within the larger conglomerate, DynPort Vaccine Company (DVC) manages vaccine product develop for Federal biodefense and other related public health programs.  Founded in 2003, DVC was one of the first biodefense players in the market and now has an estimated $19.5 million in annual revenues, and employs approximately 130 people in Maryland. They were also ranked four years in a row on "The 20 Best Places to Work in Industry" by The Scientist.  Not a bad little biotech gem there in Frederick.

However, DVC is now caught up in one of the biggest acquisitions in the Government IT services industry with the recent announcement of the $9.6 Billion dollar acquisition of CSRA by General Dynamics (GD). This acquisition makes GD the second largest firm in that sector at $9.9 Billion annually, only behind Leidos but in front of Booz Allen Hamilton, CACI and SAIC.

GD's primary business is in technology solutions and support services for the $95.7 Billion Federal IT budget. Outside of big data or public health infrastructure solutions, public health R&D or preparedness really doesn't seem to be part of GD's business model.  After all it's a much smaller budget line at around $10B annually, of which only a small sub-section of about $1.6B goes to new development initiatives; the space DVC operates in.

So with this new acquisition fresh on the table, what will DVC's future look like?

Will GD use DVC as the foundation of business line with growth potential?

This is not out of the realm of possibilities.  This happens in the private Pharmaceutical sector all the time. After all, AstraZeneca acquired a small biotech company called MedImmune to build it's emerging biotech R&D arm around.  GD could see growth in the market and build on DVC's core assets to impact and sell into their other Federal clients.

Will they sell DVC off to a more suitable acquirer?

There are plenty of more likely homes for a company like DVC than GD.  Some of them include Leidos, who runs the Frederick National Lab for Cancer Research and has a strong life science & biodefense portfolio.  Battelle Memorialis another great option since they operate a list of government labs and have a number of biodefense programs, including some that DVC collaborates with.  Or maybe Maryland based Emergent BioSolutions would be a player since they have dominated the biodefense preparedness market for nearly a decade since the FDA approval of their Anthrax Vaccine.  They would have the infrastructure and resources to transform DVC from a virtual company by absorbing it into their full drug development and commercialization organization.

Will nothing at all happen and DVC operate like business as usual?

If history is our guide, this is an unlikely option in the long run.  When there are acquisitions there are always changes and strategic moves to enhance efficiency, increase competitiveness, or streamline operations around the core business.  I don't think much will change for the short term though as it will take some time for anything to trickle down through the now behemoth Federal contractor to DVC.

It's way too early to tell what the future holds, but there is a great company, doing some important biodefense work up in Frederick, with some outstanding employees who, overnight, became part of the second largest Government IT Services Contractor in one of the best Biodefense-hubs in the world.  Only time will tell.

Biotech companies across the country rely on Hogans Agency, Inc., who has more than 60 years of insurance industry experience and over 20 years’ experience serving the Life Science insurance segment.  Located right here in Maryland they are the right partner to have on your side.

***Disclaimer *** This article represents the author's perspective and neither GD, CSRA or DVC has provided any information for this article. 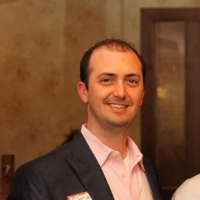