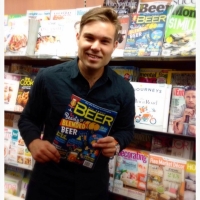 When I founded Hop Theory in 2013, I wanted to set out to make better beers. I wanted to bring brewing to the bar. I had been attending college in pursuit of a degree in Biology when I decided to start Hop Theory. The craft beer industry had become my obsession, so I sought a career in microbrewing that would be different than the competition. Hop Theory was founded to fill a void in customization ability within the beer industry. Why not bring brewing to the bar?